I’ve toyed around with moving away from Google Drive for a few years now, honestly from less of a die-hard-privacy-proponent-point-of-view but more because I thought it would be interesting to try to replace it with something self-managed.

I found NextCloud about a year ago and spun up an instance on my local server. I used it primarily to host raw GoPro footage from hikes, off-roading trips, and vacations, but I figured it might be time to take the leap to try it out as a full replacement. If I don’t like it, I figure I can always move all the files back to Google Drive whenever I want to. 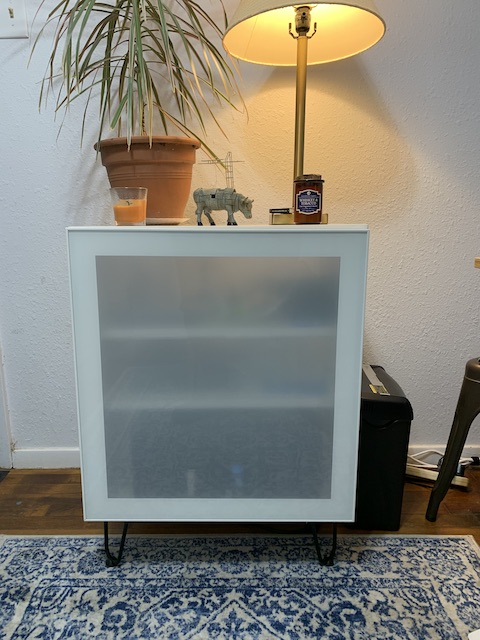 I recently put together a new server/networking cabinet. I found the IKEA Besta cabinet locally and put it on top of these hairpin legs from Amazon.

Once my files were good to go, I set up an S3 bucket to use as a remote backup, then installed rclone on my host. I set up a simple cron job to sync the entire NextCloud binded directory to S3 nightly with:

With backups in place, I installed the client apps on my devices and have been pleasntly surprised with the experience. I use Apple devices so I’m trying out Pages and the other Apple office apps; it’s a convenient departure from Google Docs which I’ve used for a good decade now, and I was excited to see with NextCloud installed on iOS, my server showed up as a source for opening files from within iOS Pages. That was a much easier workflow than I expected.

All in all it seems pretty nice and I’ll try this out for the long run. If I really like it, I’ll try migrating my photos from Google Photos as well; I noticed NextCloud has a photo backup feature for iOS but I haven’t tried it out yet.

Props to NextCloud. This is a really nice free product.