A coworker at a previous job built an arcade emulator. He used a CNC machine to cut the cabinet, then dropped in an old monitor for display, a Raspberry Pi for emulation, and a set of joysticks and buttons he’d found on Amazon. It was a pretty neat setup that inspired me to put mine together.

Instead of the old-school arcade cabinet feel, I decided to build something a little more modern, so I threw together a compact cabinet with scrap wood, I setup an Intel NUC with emulators for the consoles I grew up with, and plugged in a pair of SNES-style controllers. It’s a fun setup for playing old games from SEGA Genesis, N64, GameCube, etc.

You can use whatever you want as the box to run the emulators; a Raspberry Pi works fine for arcade emulators, but you’ll need something more powerful for more recent console emulators. 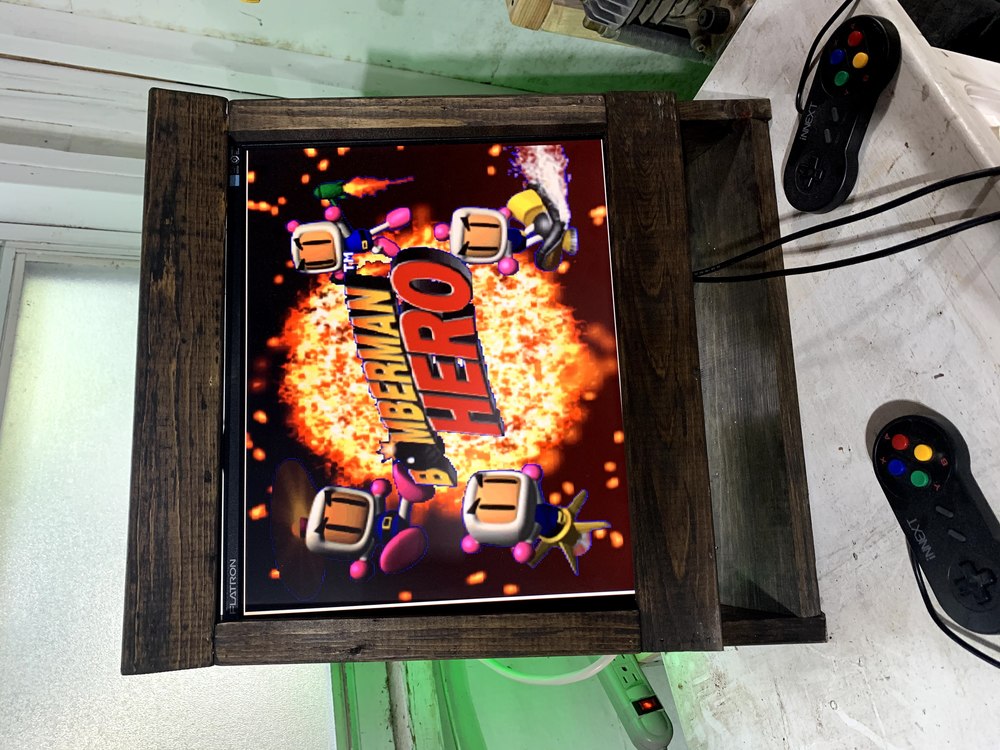 (I cleaned up the fit after taking these photos, FYI).

BOM (~$50 if you have the computer/Pi and building materials lying around):

First, build the cabinet around your monitor. I built a small shelf for it to sit on, and secured it with another shelf that will hold the NUC. I also used some caulking around the monitor to make sure no light shines through. I also left a gap at the bottom for storing the controllers. 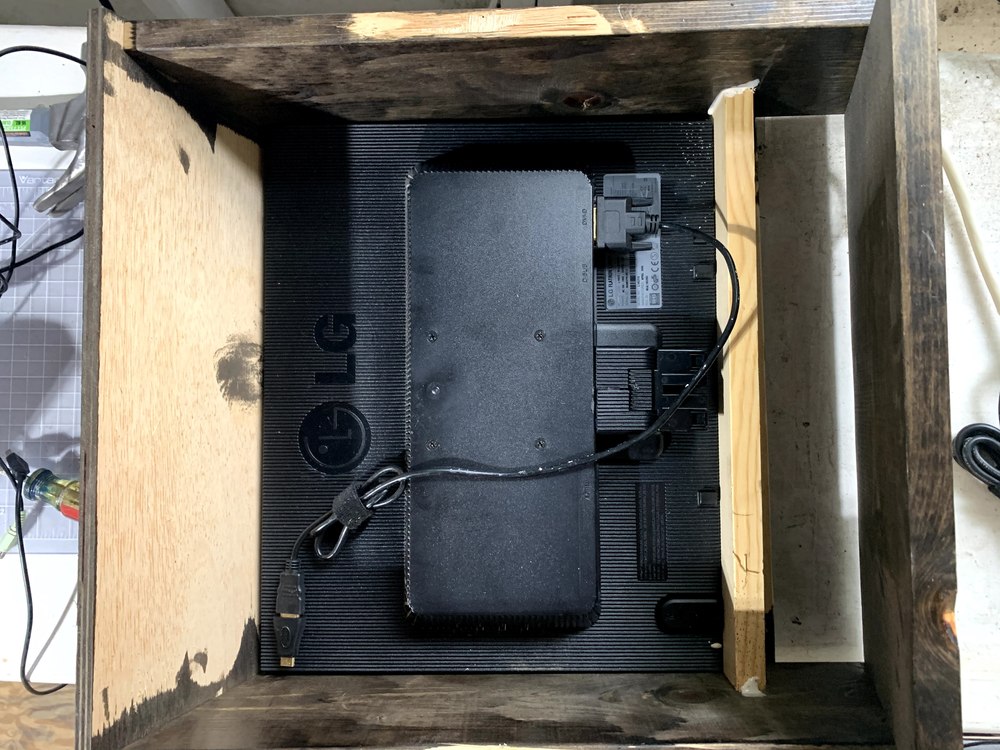 Here’s a view from the front with the monitor installed. 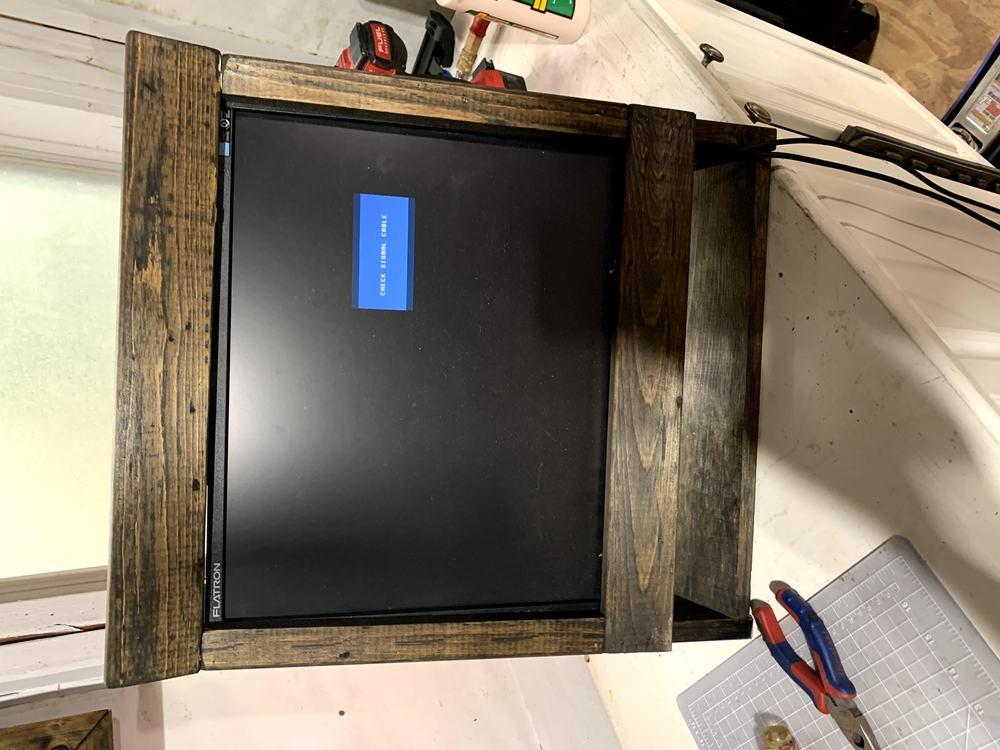 Next, I stuffed in all the electronics (and adhered the LED light strip, of course). I also added a WiFi Plug so I can power it on and off through voice commands or my phone. 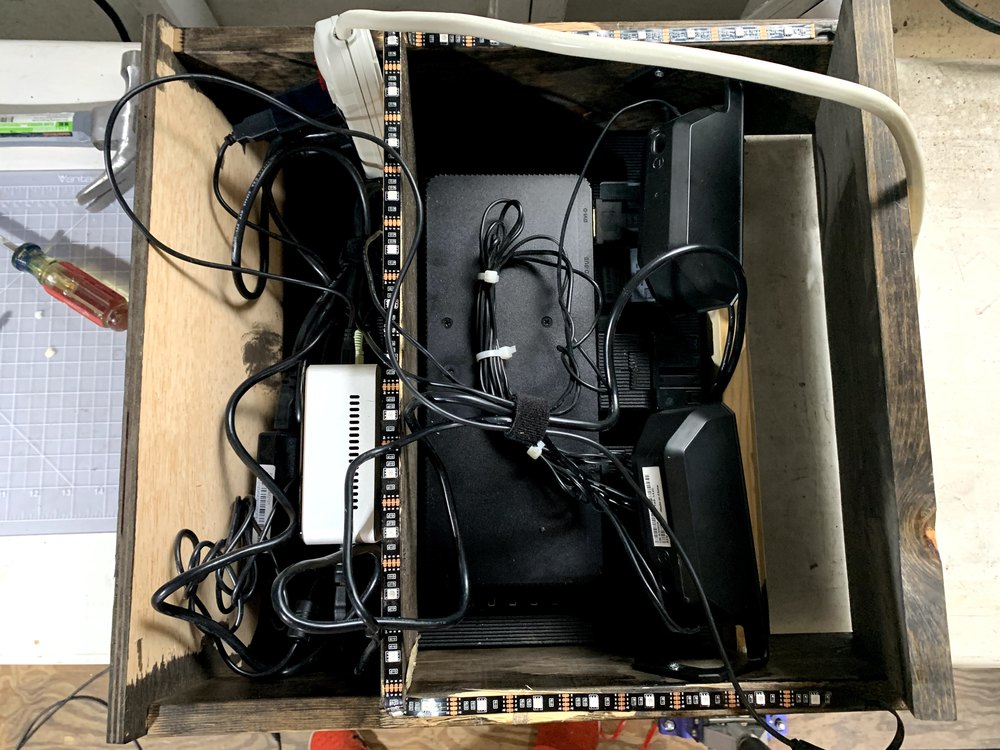 Once the electronics were done, I installed Ubuntu and setup automatic log in so I could eventually have Ubuntu boot and launch the software automatically after being powered on.

Next, I used the RetroPi Ubuntu docs to setup the software. Ubuntu picked up the controllers automatically, so I only had to run through some simple controller button mapping steps guided by RetroPi to get them working. I wrapped up the software setup by turning on auto-start in the configuration options.

Lastly, I setup some additional emulators and acquired some games. That’s it!