In July of ‘21, I decided I would get into amateur racing.

I put this post together to prove that it’s possible to build a track-ready race car for a reasonable budget.

As a matter of politeness, I won’t share numbers. A reasonable budget is unique to everyone–you can figure out yours on your own. 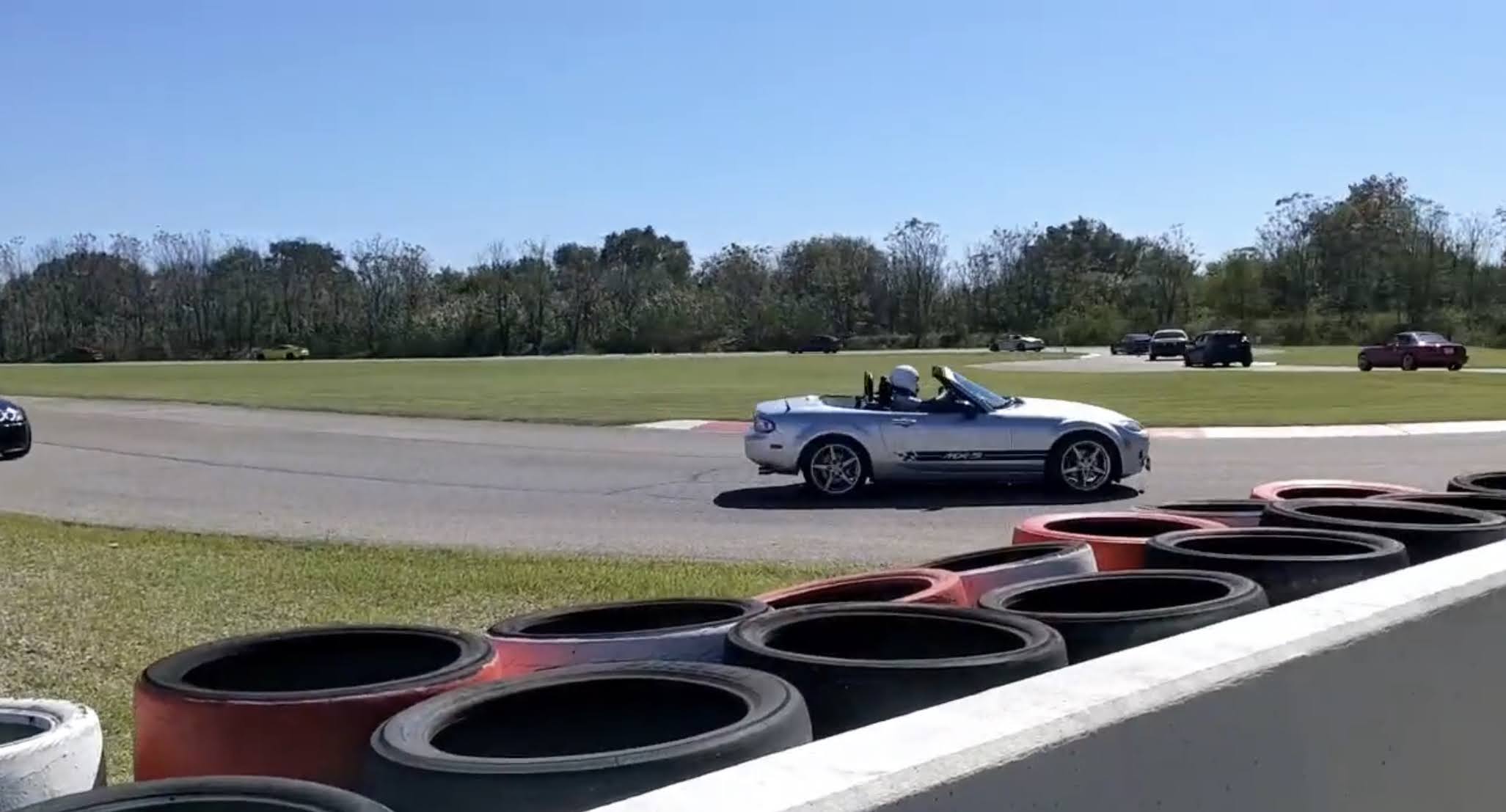 On track at Driveway Austin.

Want to skip to the build?

I hadn’t been a racing fan very long. In ‘18 or ‘19, my family began watching the Formula 1 series on Netflix and began causally watching the ongoing season. I followed tangentially but my interest didn’t really peak until the pandemic. At that point (in desperate need of activities) I built a racing rig, started following the Formula 1 season more closely, and eventually joined a karting league at Circuit of the Americas. My interest was piqued.

My GoPro footage of the 2021 COTA Karting Summer League.

I met some folks in the karting league who had done track days at Circuit of the Americas et al, and one karting season later I was convinced that I needed to get in to that world myself.

I would have to start with a car. I set a strict budget and began my search.

The answer was a roadster, more specifically the very cheapest of all, the hated* 3rd generation Miata. I began my search.

*Why hated? It’s butt-ugly and it body-rolls like a boat. More on that to come. But, the hatred makes it a very affordable option.

Near the end of the month, I found my answer. A 2006 Mazda MX-5 Miata in Bryan, Texas. The car’s latest owner purchased it for his daughter but she didn’t want it**, so it sat in the garage, the soft top a resting place for the family cat.

The car was in great mechanical condition. It had only 36 or 37 thousand miles on the odometer, a leisurely weekend roadster. An automatic with paddle-shifters. The outside was a bit beat up: a large dent ran down the passenger side door culminating in a big paint chip, the headlights were opaque yellow, the horn didn’t work, the badges were missing, and the side mirrors didn’t match. I learned the car had a rebuilt-salvage title–as it was explained to me, the car was totaled in a spin leaving the dealer’s lot in Las Vegas. The body was pretty damaged, but structurally the car was in fine shape. It was purchased, the body repaired, and repainted. As far as I could tell, the story was true. The car drove great and looked mechanically sound. After a few weeks of negotiation, I arrived on August 1st to pick it up. 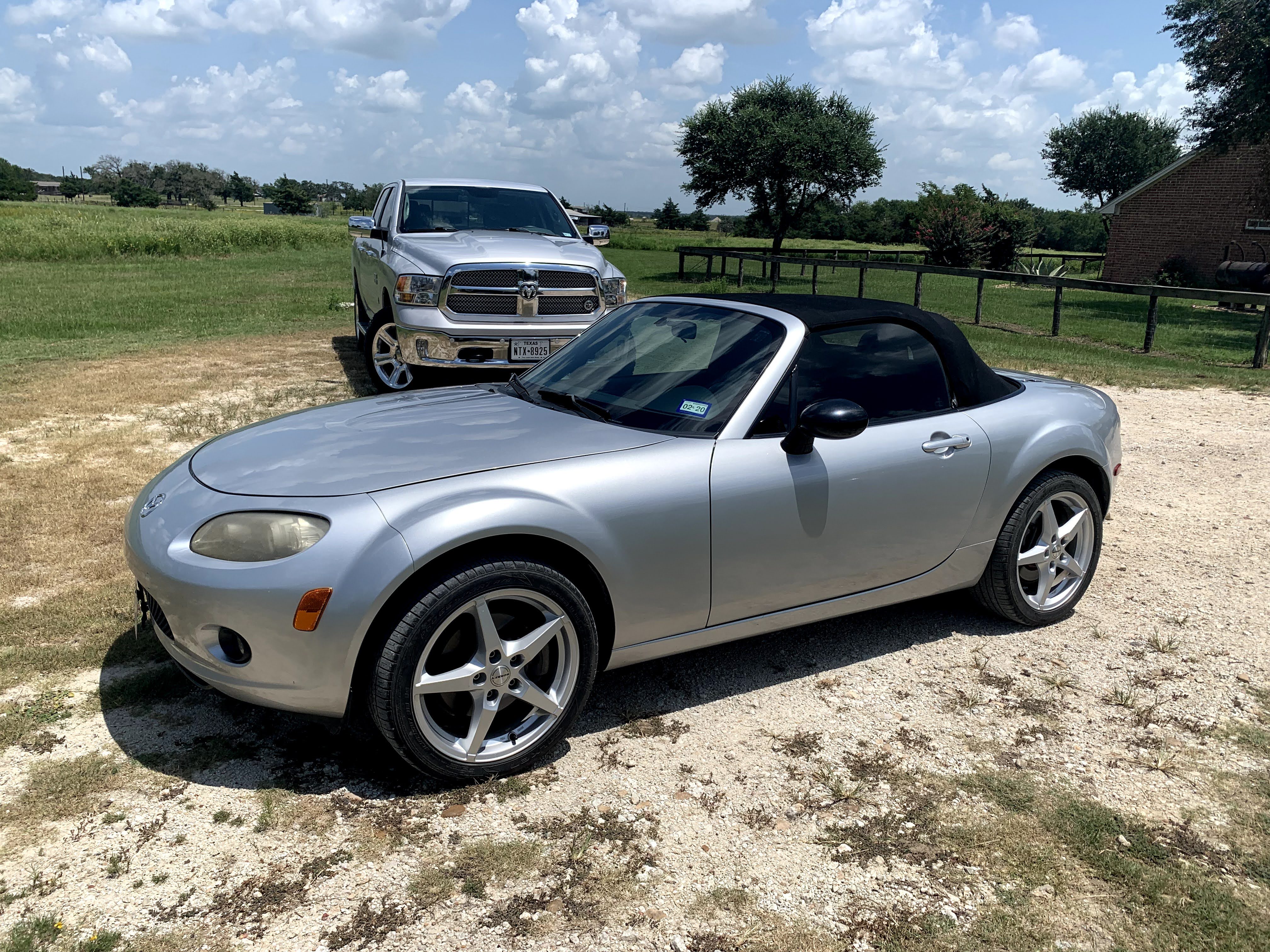 The Miata on pickup day.

Not fully aware of the car’s maintenance history, I began with some regular maintenance tasks to being the car up to baseline:

At this point, the car was at a good baseline, so it was time to go to class. I enrolled in Foundations of Road Racing at (the now closed) Driveway Austin, and had my first track experience.

I learned a ton and also quickly learned the limitations of the car. The body roll was bad and the all-season tires had no grip. It was time to move beyond regular maintenance.

It was time to give the car some proper upgrades. I actually did a few of these before my first run at Driveway Austin, but I’ve grouped them here for simplicity:

By now, it was time for Advanced Road Racing at Driveway Austin. Sadly, I was in one of the last classes before they sold the land to the City of Austin. Here’s a lap around the full grand-prix course configuration:

A lap around the L3 configuration at Driveway Austin.

The car handled superbly with the upgrades. The body roll was eliminated by the heavy, stiff sway bars, the brakes were responsive and didn’t fade a bit over the full day of track time, and the tires were very grippy, allowing quick cornering. And, of course, if I rolled it I’d be a lot less likely to die.

Here’s a couple of photos of some of the work: 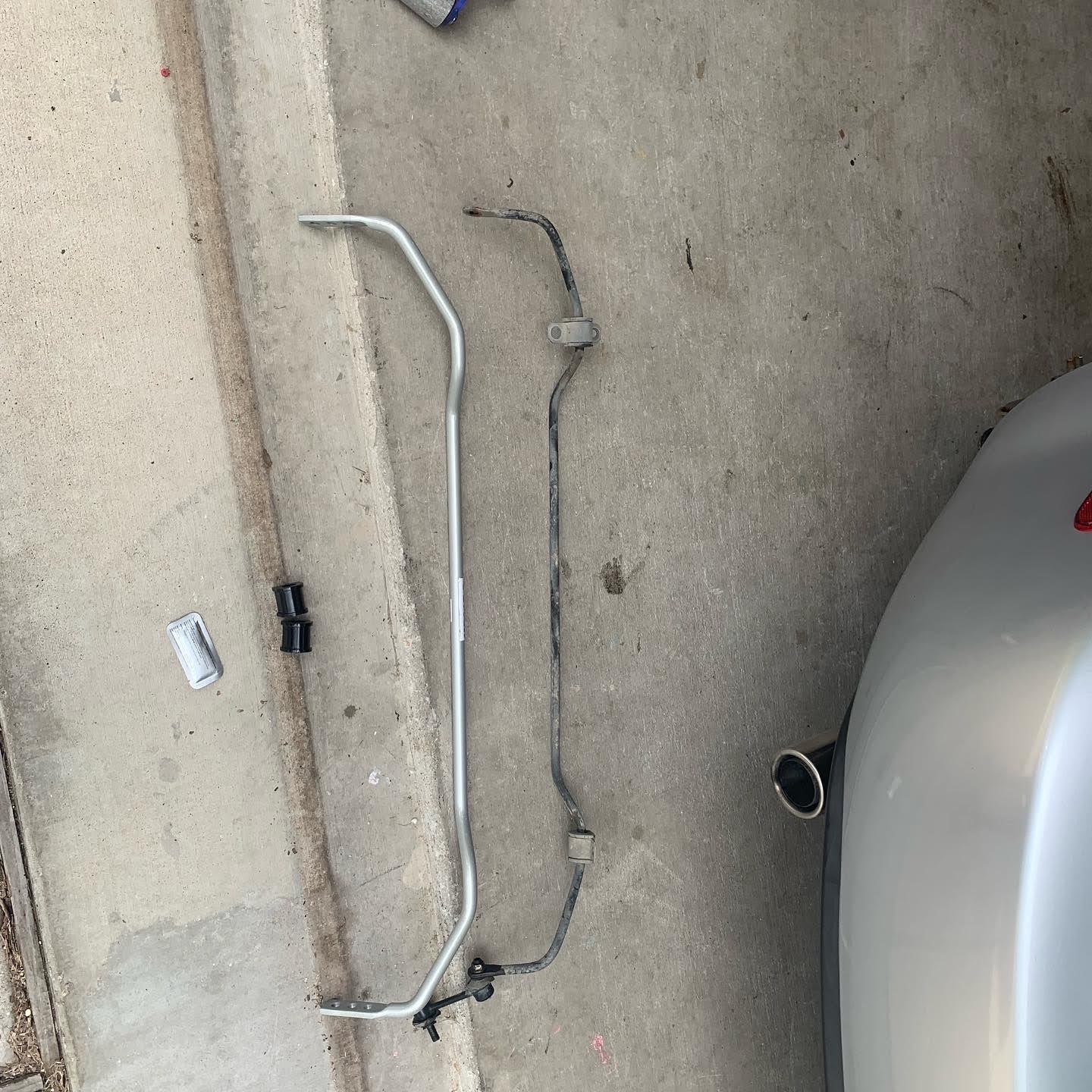 You can easily see the different in thickness between the new and old sway bar. 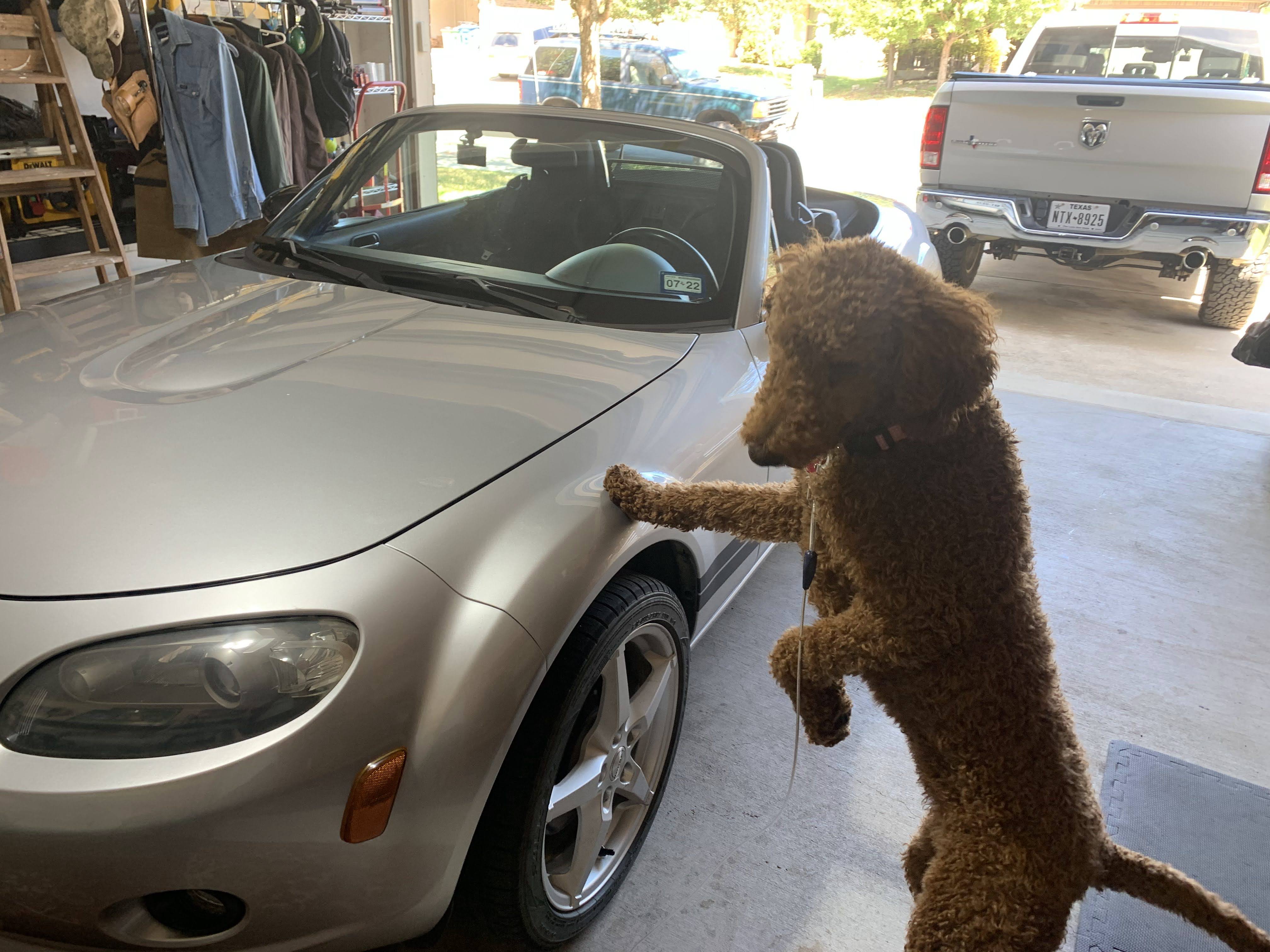 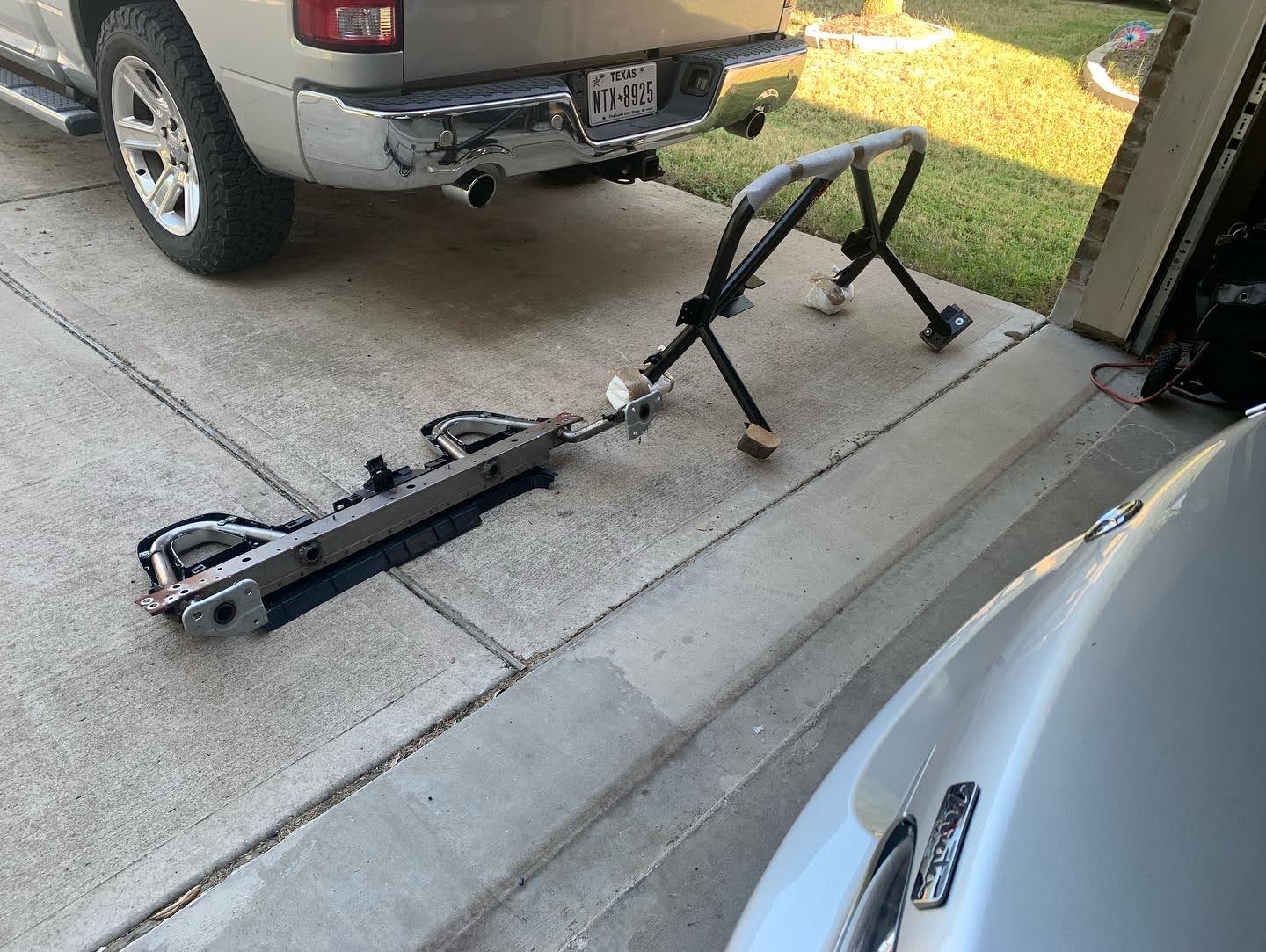 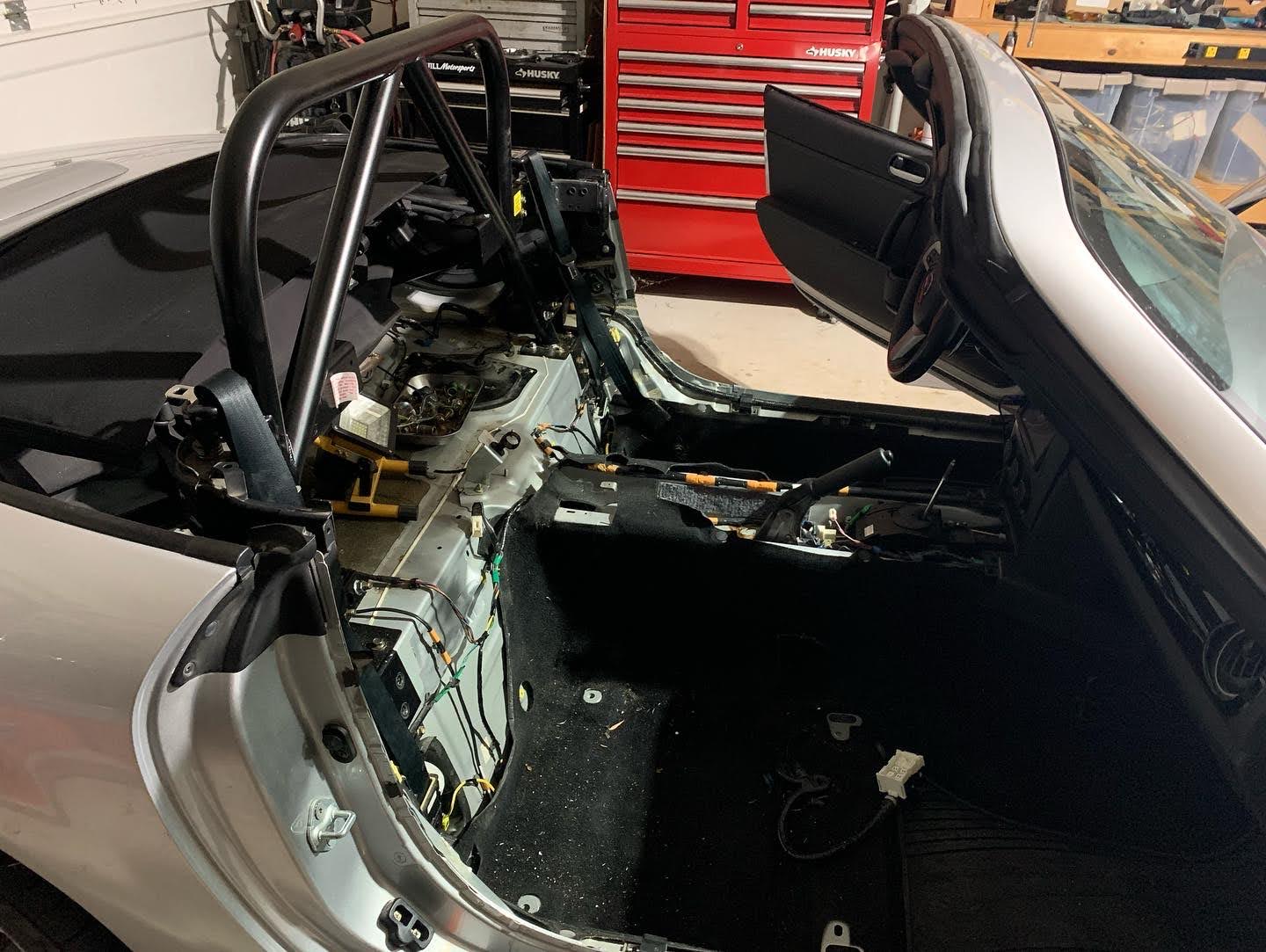 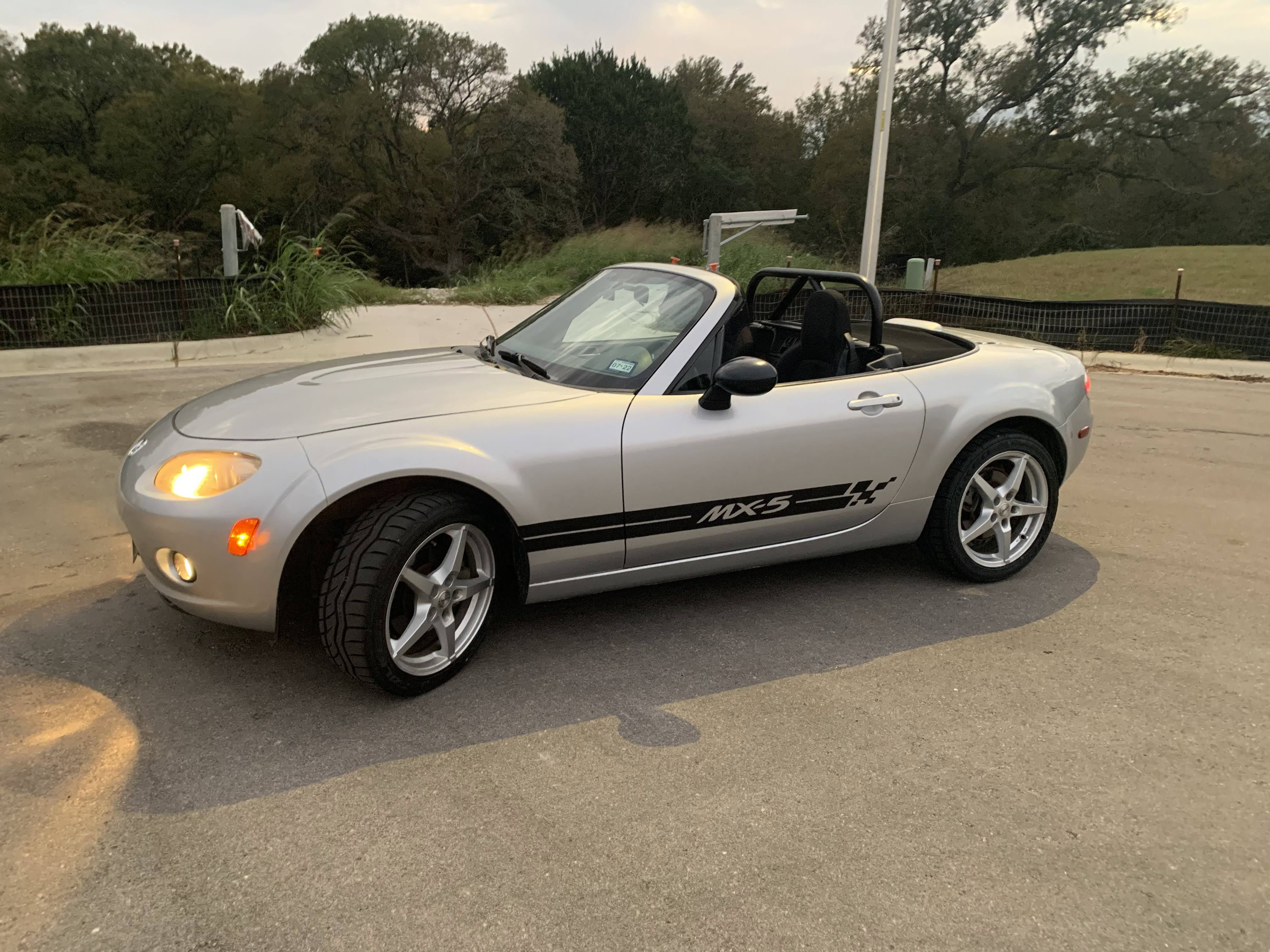 This year I’ll be competing in a regional autocross championship and I’ve booked track time at Circuit of the Americas.

The Miata is slow on the straights, sure, but the racing happens in the turns. It’s quick through the corners, easy to drive, cheap to maintain, and a lot of fun. 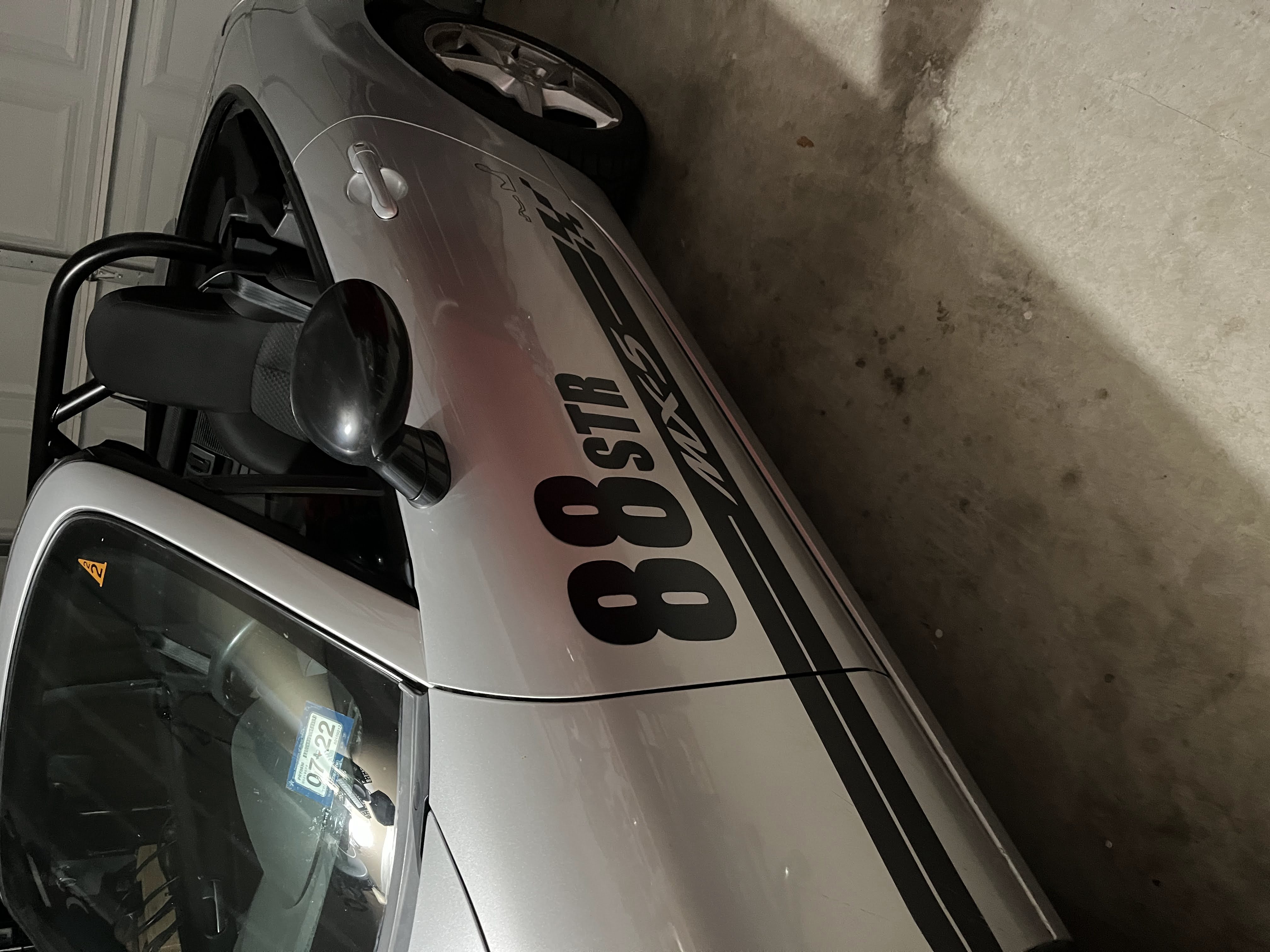